Aquaman was created by Mort Weisinger and Paul Norris and made his debut on More Fun Comics back in 1941. After 70 years Aquaman was re-launched by DC comics as part of its New 52 line. Aquaman is also a main member of the New 52 Justice League. Here is DC collectibles New 52 Aquaman action figure. 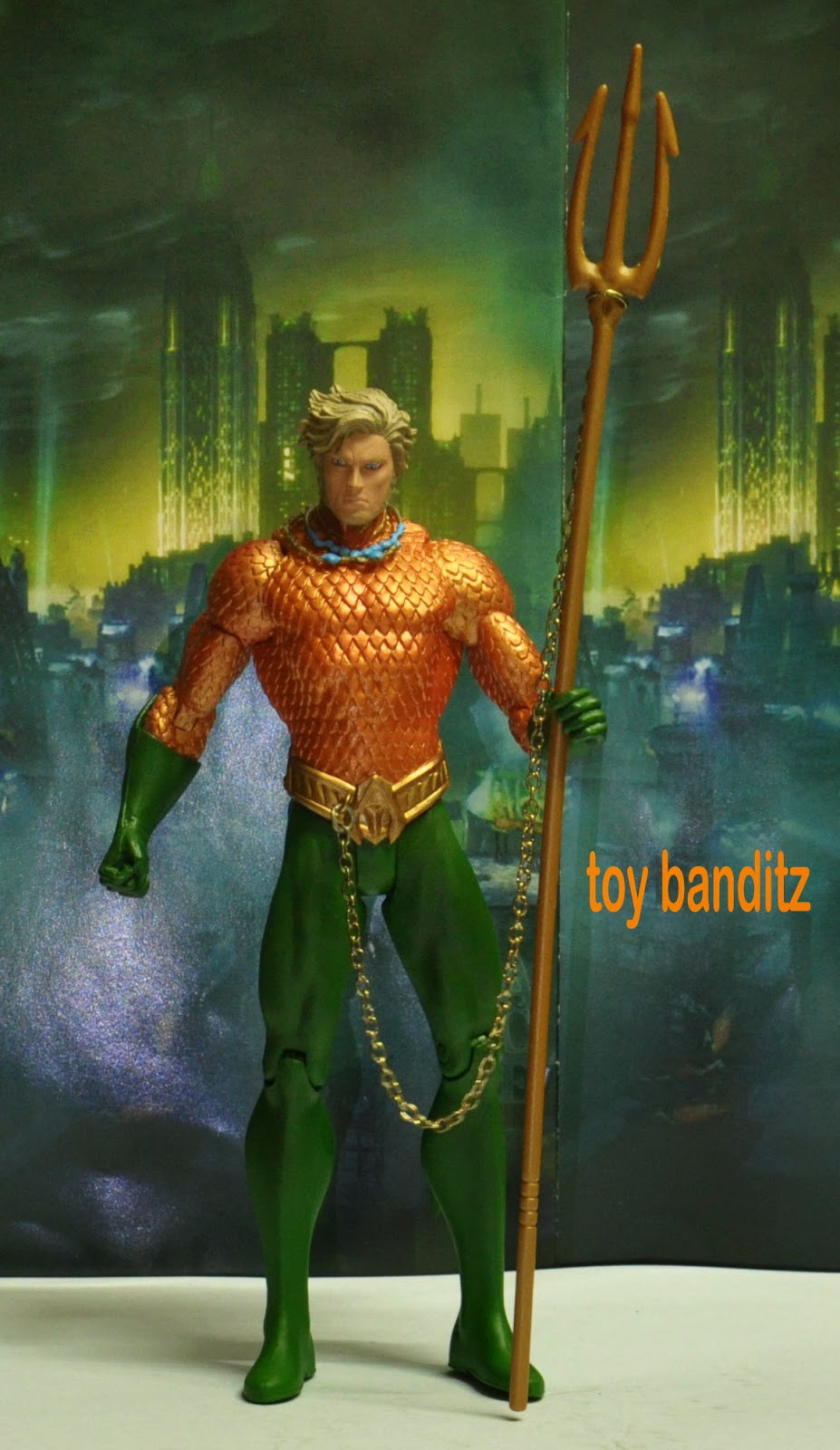 Aquaman came with his signature weapon a trident.
His trident is connected to his belt via a metal chain. 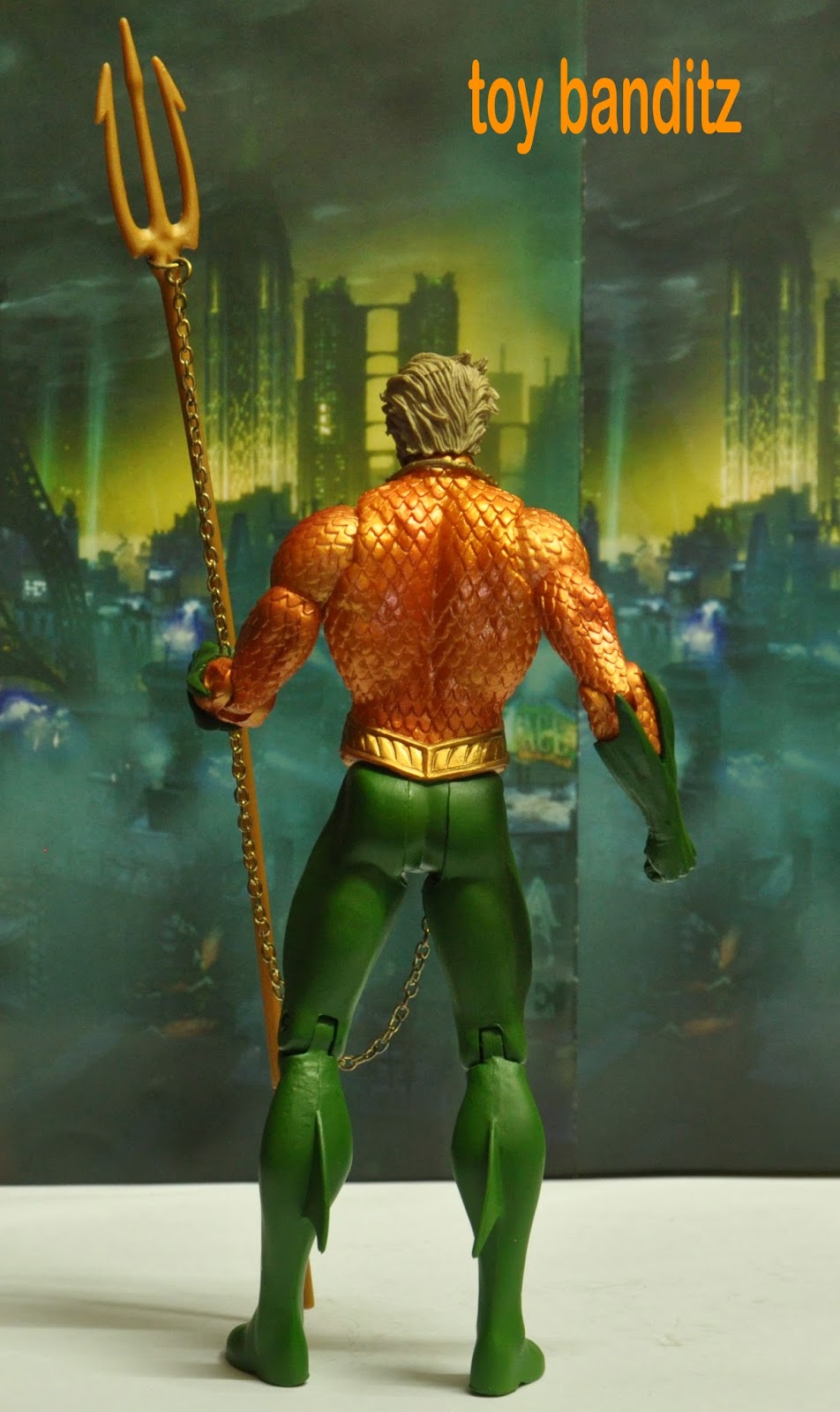 DC collectibles Aquaman came with around 11 points of articulation. 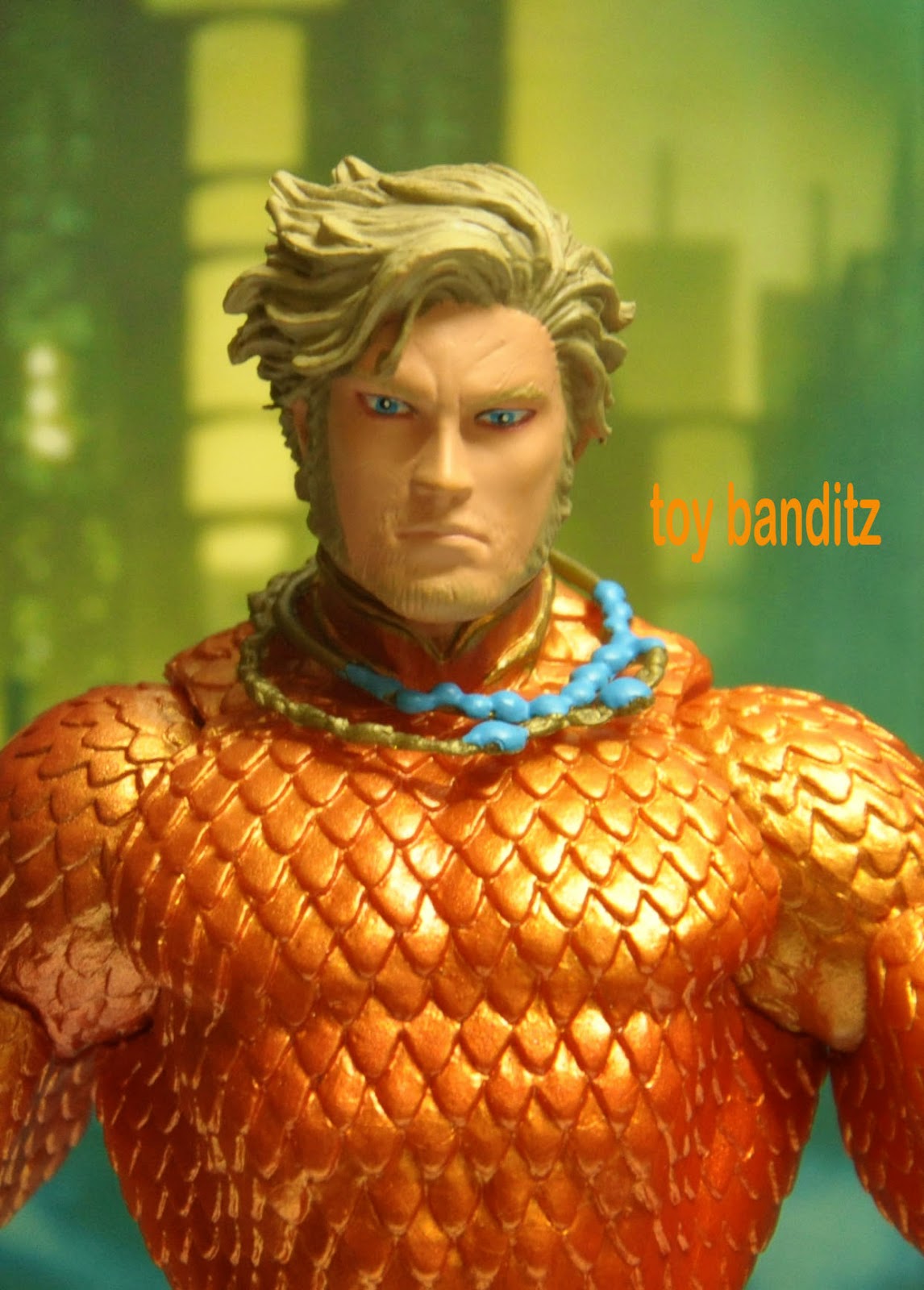 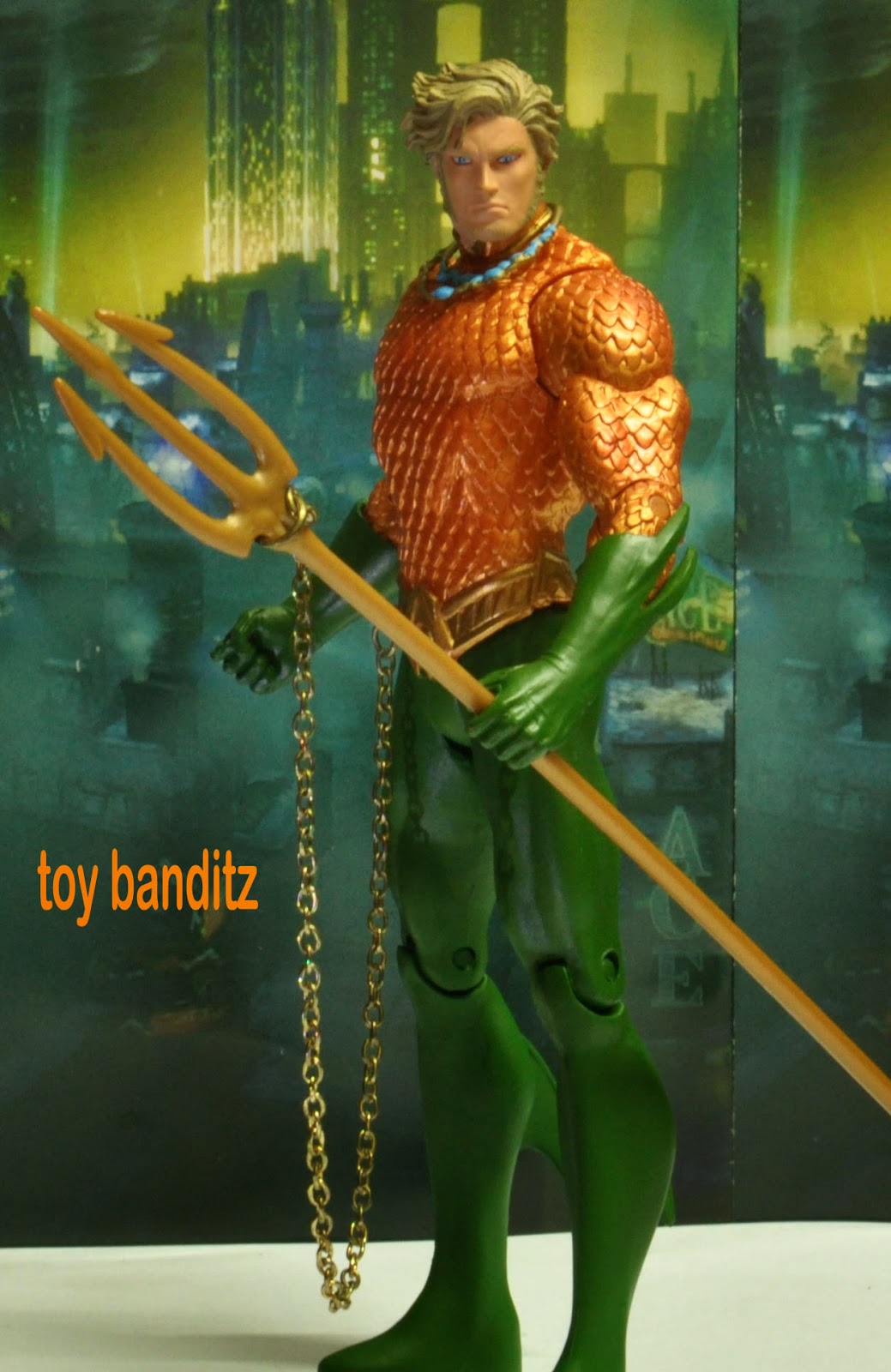 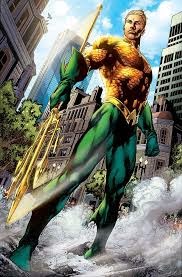 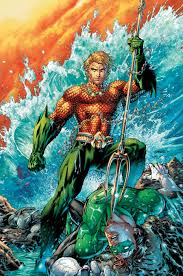