Johnny Blaze was a motorcycle stunt man and a daredevil. In order to save his mentor's life he made a deal with Satan. When the rider's spirit manifests, his body would be consumed by fire exposing his skeleton thus making the iconic look of the Ghost Rider ( flaming skull). 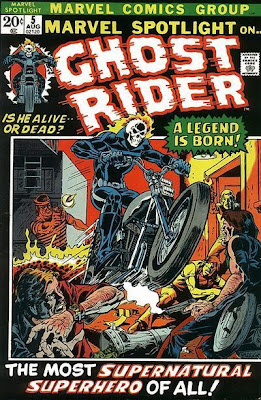 Ghost Rider debuted on the Marvel Spotlight No.5 Aug. of 1972 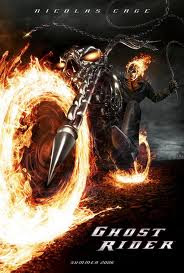 Ghost Rider the movie was released on 2007.
It stared Nicolas Cage as Johnny Blaze and featured the
origin story of the Ghost Rider. 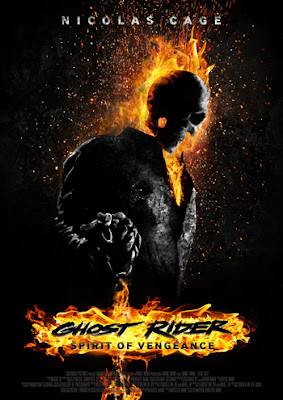 This year (2012) the second movie,
also staring Nicolas Cage as the Ghost Rider was released. 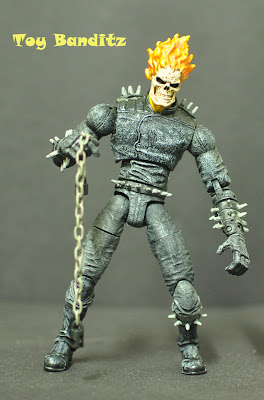 Here is Marvel Legends Series 3 Ghost Rider.
He came with the chain and his motorcycle. 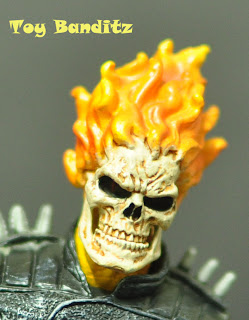 Close up of the head sculpt.
Nice detail on the skull face and a good paint job on the flames. 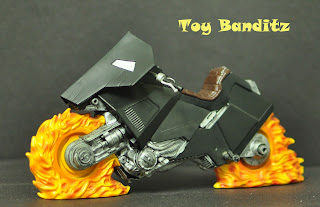 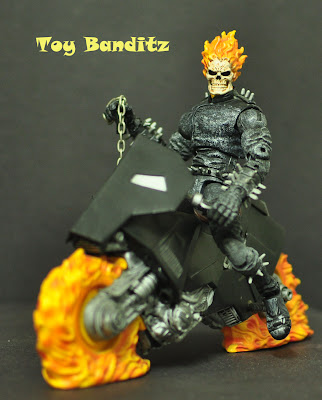 The figure can sit nicely on the motorcycle.
The balance is nice and you don't need anything to support it. 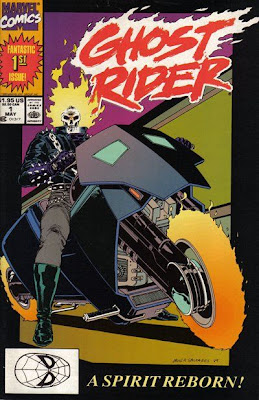 The figure from series 3 resembled this
comic version of the Ghost Rider.
But I think this is the Danny Ketch Ghost Rider and not
the Johnny Blaze version. Never the less he is a nice figure.
Posted by banditz10 at 9:46 PM No comments: 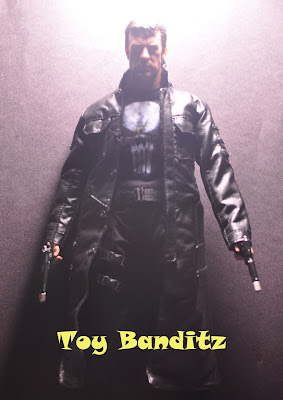 Frank Castle a.k.a The Punisher is a former special forces instructor turned vigilante when his family was murdered. After the tragic incident, Frank Castle took on the task of eliminating criminals using brutal but efficient tactics. 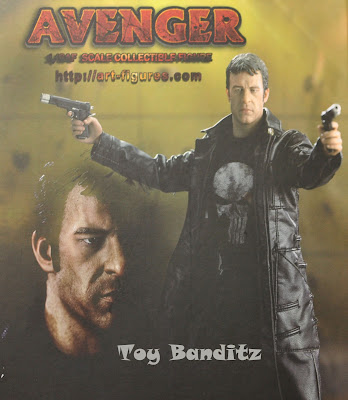 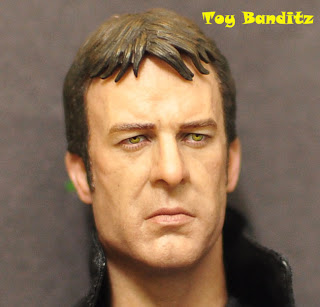 Head Sculpt of Frank Castle played by actor Thomas Jane.
Not a perfect match but I think his in there somehow. 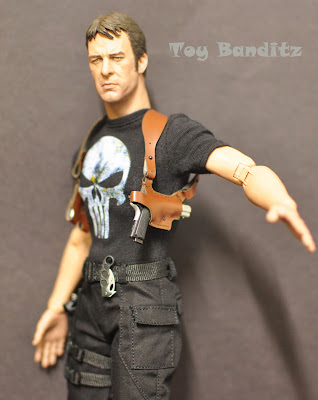 The Punisher with leather shoulder holster 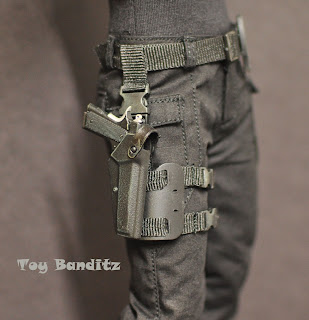 Another Colt on a drop down holster 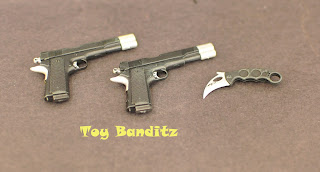 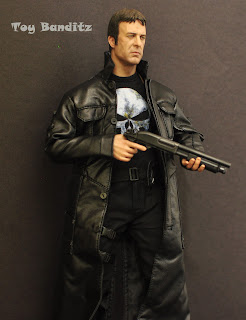 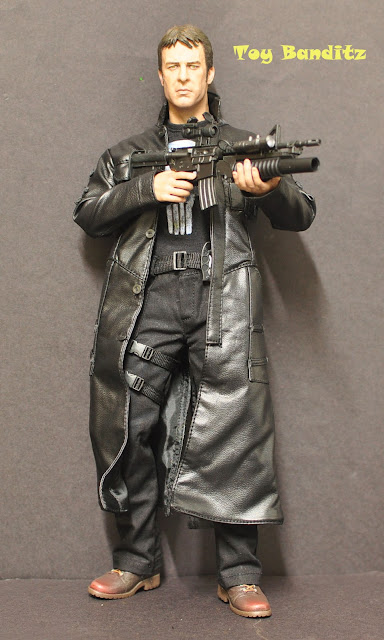 When the going gets though, the weapons gets bigger.
From his special forces background Frank is accustomed to the M4A1.

Close up of his M4A1 with M203 grenade launcher, scope and light.
The light was an addition from the spare box. 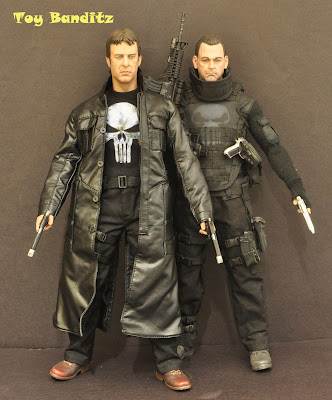 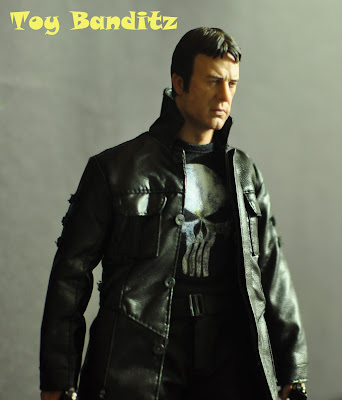