Jonah Hex is a comic book character created by John Albano (writer) and Tony DeZuniga (artist) for DC comics. Several origin story of Jonah Hex were published since its debut back in 1972. Recently a movie about the character was made. It stared Josh Brolin as Jonah Hex and was joined by actress Megan Fox as Lilah and John Malkovish as Quentin Turnbull.

In the movie Jonah was a member of the Confederate Army. He was under the command of Quentin Turnbull a ruthless commander that is willing to do anything to win the war. When his unit was ordered to burn down a hospital Hex disobeyed his order and in doing so shot and killed his best friend Jeb Turnbull, Quentin's son. Hex was branded a traitor and was hunted by Quentin. His family was murdered in front of him and the letters QT was branded in his face and he was left for dead. The native people rescued him and healed him using some of their rituals. Jonah recovered and had a new ability. He could talk to the dead.

After being revived Hex searched for his enemy Quentin but ended up with a false news that Quentin was already dead. Without Quentin his quest for revenge was for nothing and Jonah bent his anger on outlaws and became a bounty hunter. Then the news got to Hex that Quentin still lives and is planing to destroy the nation. With the new government on Jonah's side he went after Quentin Turnbull to exact his revenge. 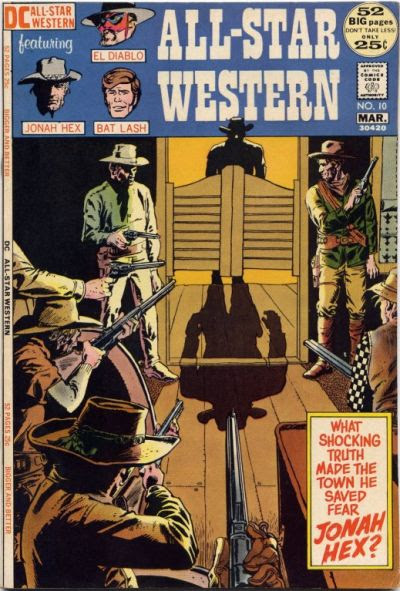 Jonah Hex first appeared in All-Star Western back in 1972. 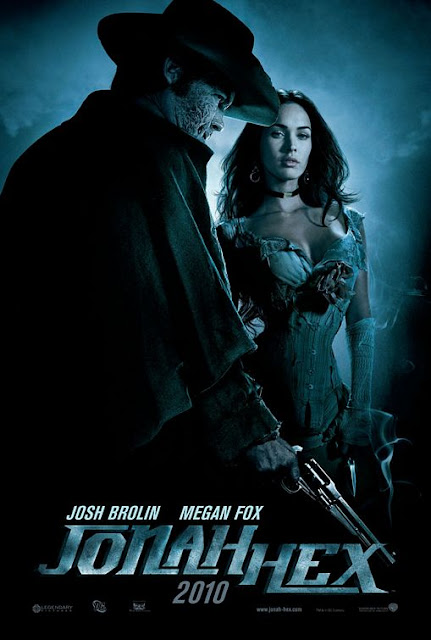 A poster for the movie adaptation of Jonah Hex. 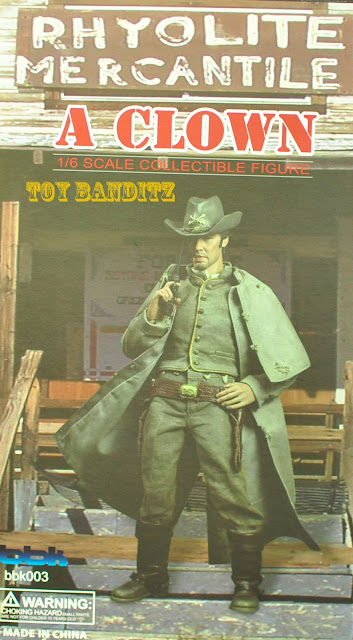 Hex came with a pair of spur, to add realism to the figure. 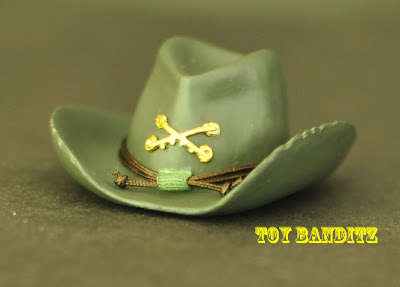 He also came with a hat with cavalry sign.
The hat was made of molded plastic. 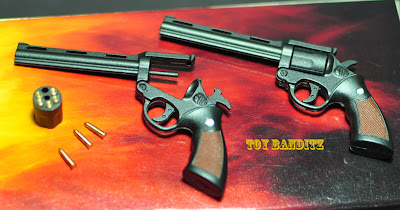 Although the guns are not accurate to the one's used in the movies and comic books, they are nicely done and have tones of detail including metal bullets.
In the movie Hex used Colt Single Action Army with 7 1/2" barrel, also known as the Cavalry model.

Colt .45 Single Action Army.
This is the gun Jonah Hex used in the movie and comic books.
For those who played Metal Gear, this is also the weapon of Revolver Ocelot

Another weapon of choice for Hex was the Remington 1858 New army.
Check out  the poster above 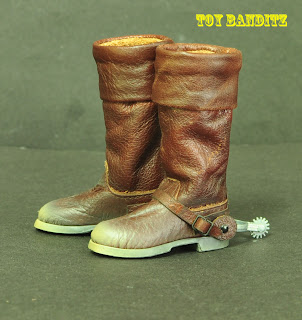 Leather boots with spur attached.
It was also weathered for a nice realistic look. 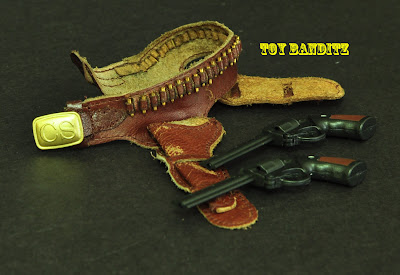 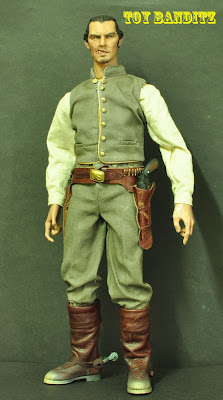 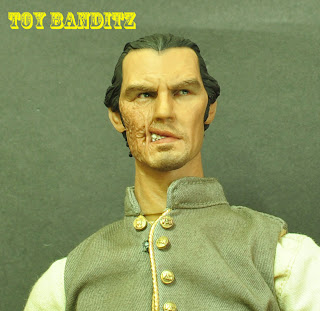 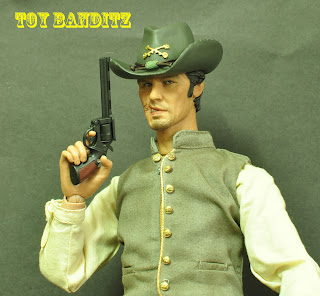 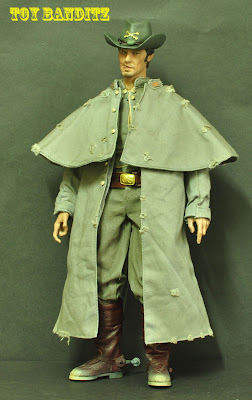 Hex all geared up and ready to go.
This would definitely look better with a 1/6 scale horse. 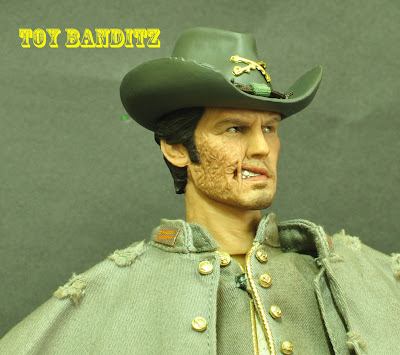 When you meet Hex please don't ask him what happened to his face, it pisses him off. 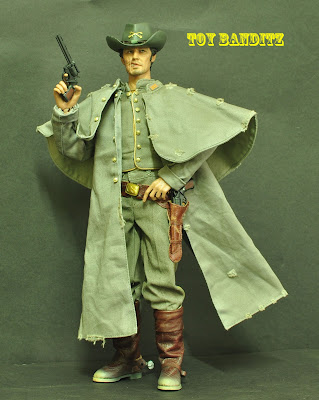 Hex is known to have a good aim and an equally fast draw.
Ask Jeb if you don't agree. 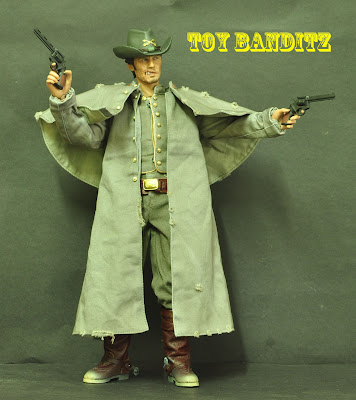