"Naval Special Warfare Group 3, based in Coronado, California is one of six constituent commands of the United States Naval Special Warfare Command. Until 2008, NSWG-3 was composed of two SEAL Delivery Vehicle Teams: SDVT-1 out of Pearl Harbor; and SDVT-2 out of Little Creek, VA. In 2008, SDVT-2 was disestablished and merged into SDVT-1, which is now headquartered in San Diego and operates detachments in Pearl Harbor and Little Creek. SDV Teams are SEAL teams with an added underwater delivery capability. An SDV platoon consists of 12-15 SEALs." [wiki] 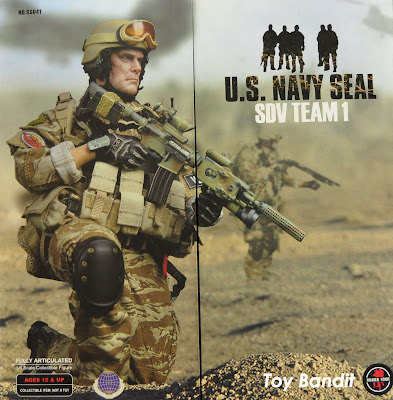 Box with nice photo of the figure.

Geared up and ready for deployment 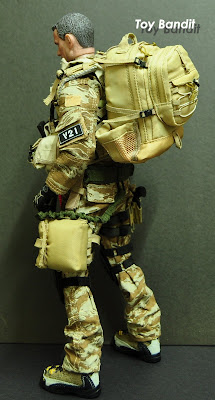 Back pack for extra gear and provisions. 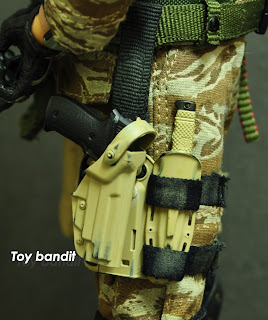 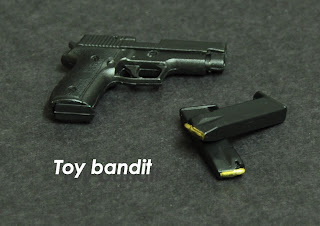 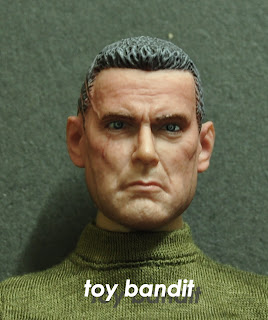 Close up of head sculpt, looks like Col. Miles Quaritch played by actor Stephen Lang from the movie Avatar. 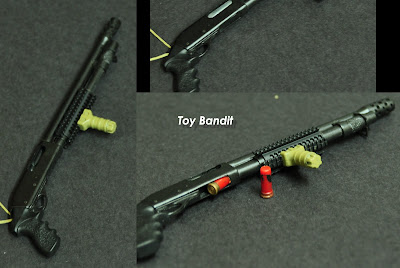 Shotgun with all the detail. 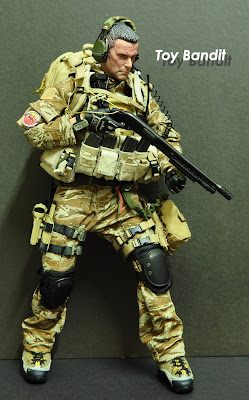 His M4 using CQBR came with several attachments such as the ACOG, AN/PEQ2, AN/PEQ5, fore grip with light, reflex sight and suppressor. Excellent detail on this weapon, even the charging handle works. 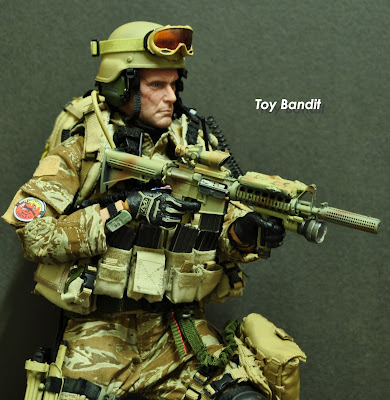 Here he is equipped with the ACOG sight and AN/PEQ2. 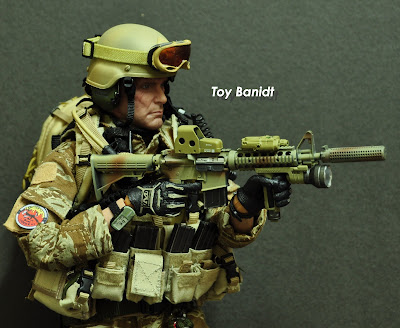 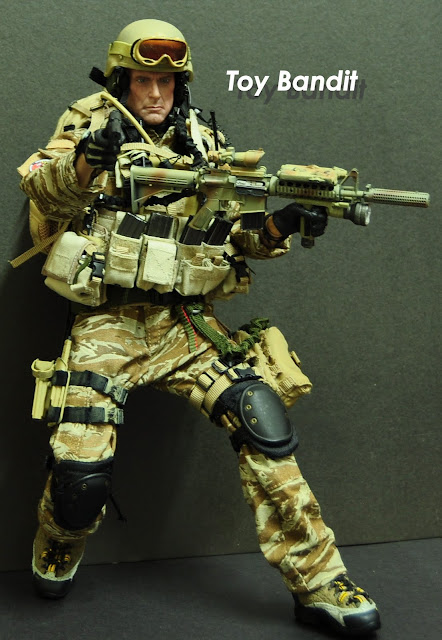 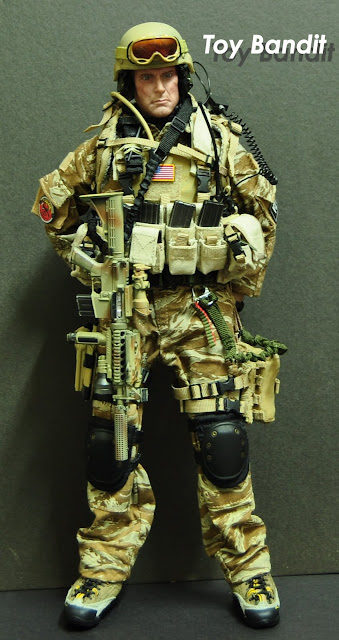