FLAMMA THE GLADIATOR BY ACI

The Gladiator games originated during the Roman times. In their times people would go to the Colosseum and arenas to watch their favorite Gladiators battle each other. Several events also include wild animals or a re-enactment of famous battles.

Gladiators were mostly slaves and criminals. They are trained in different methods and fighting styles. Their styles would also dictate their armour and weapons. Gladiators fight for survival, fame, money and ultimately to receive the wooden sword "rudis" symbolising that they have won their freedom.

Flamma was a famous fighter, he won the rudis four times but still remained a gladiator. He was trained as a Secutor. It is said that he fought in the arena thirty four times. 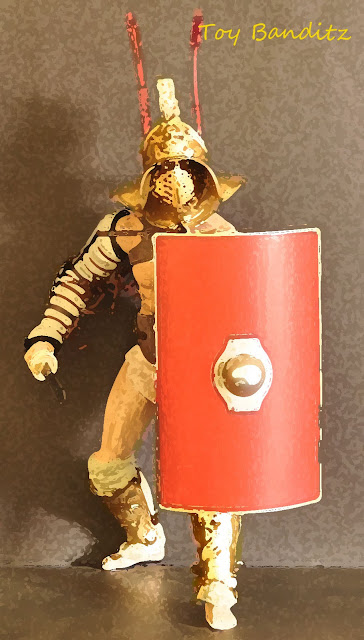 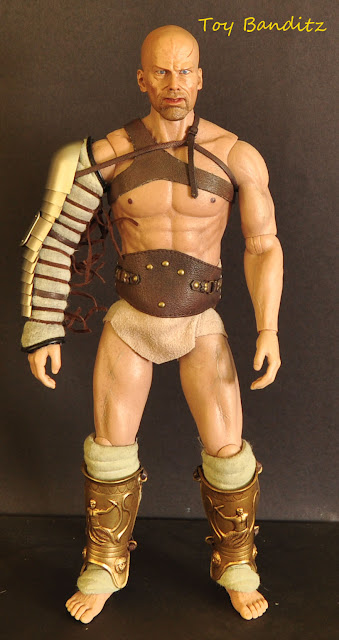 ACI's 1/6th Flamma figure.
The workmanship on the muscular body is excellent. It looks real.

Close up of his "manica" or arm guard. 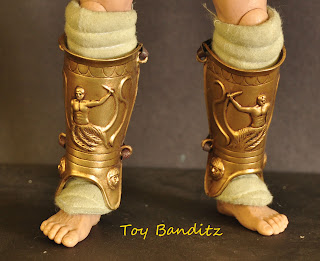 His legs wrapped in cloth and protected with nice looking greave. 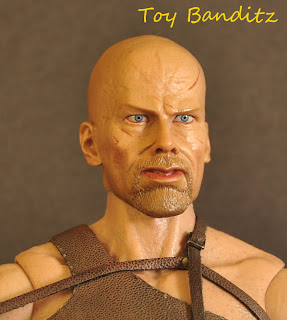 Flamma's head sculpt with several scars.
I'm not sure if it is historically correct but it looks good. 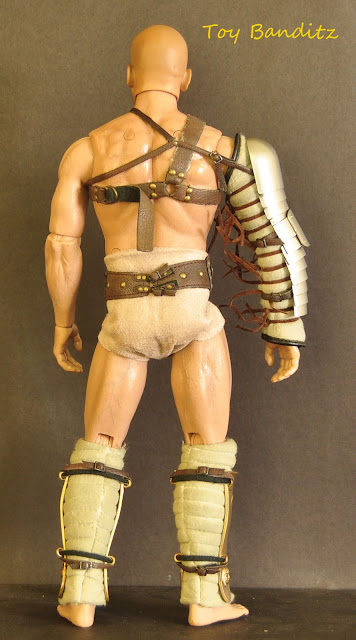 Back side of the figure. 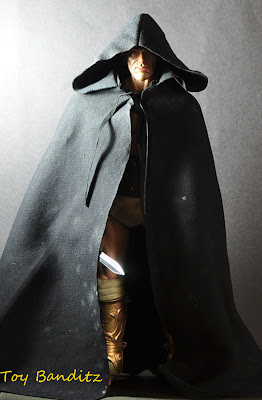 Flamma came with a black cape, perfect for assassination missions, or just to hide his face.
In the TV mini series Spartacus, some gladiators worked as body guards and sometimes as assassins. 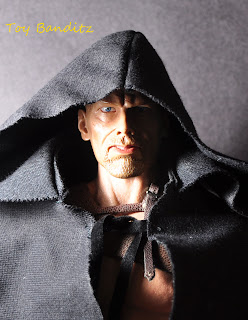 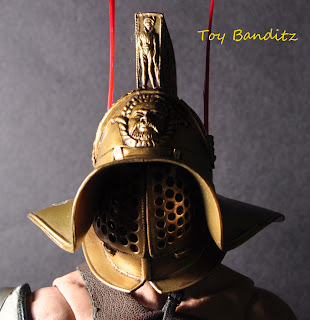 Nice looking myrmillo helmet with details all over it. 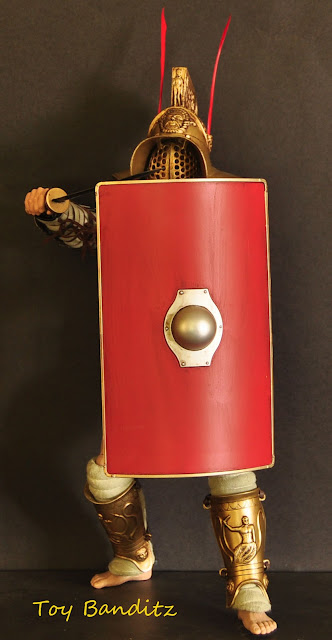 Secutor's like Flamma originated from the myrmillo style.
They wore almost the same armour and weapons. 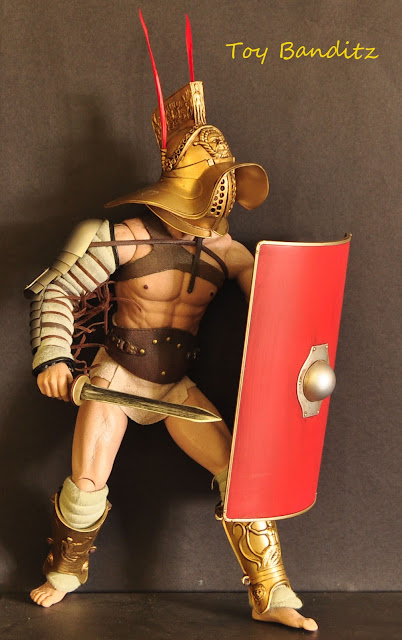 Flamma with his Gladius and a scutum also know as the roman army shield. 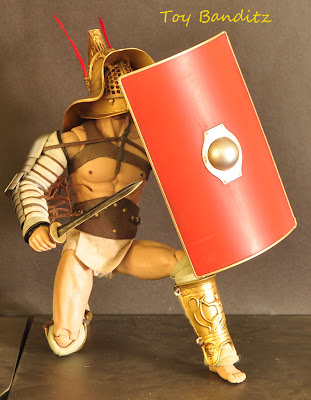 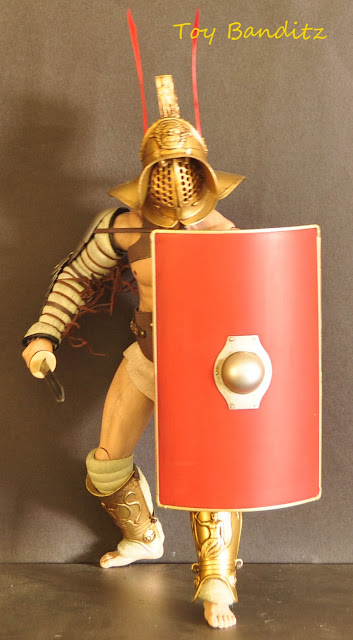 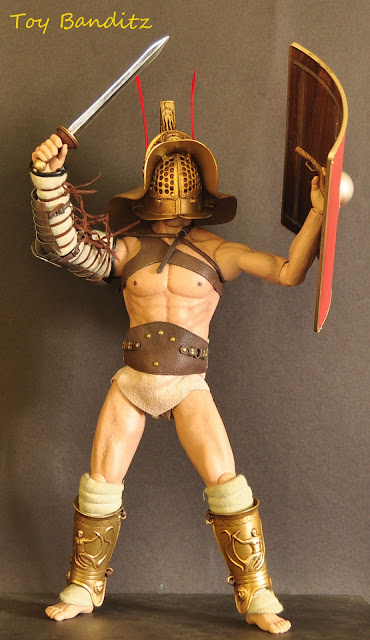 Little VICTORY pose.
This is my first ACI figure and also my first gladiator figure. This kit has good detail on the armour, weapons and especially the body. I hope ACI would make other gladiators in other styles. That way we can get Flamma a sparing partner. That said I highly recommend this figure. Looking forward to get other gladiators.
Posted by banditz10 at 3:15 PM

Email ThisBlogThis!Share to TwitterShare to FacebookShare to Pinterest
Labels: Historical